In this project I collected/ created my own sounds from around my school to stick together in the Earthquake scene From The Wind Rises By Hayao Miyazaki. I used Garage Band to line each sound up with the right part of the video.

Film Before Foley and Sound Effects.

Film After Foley and Sound Effects 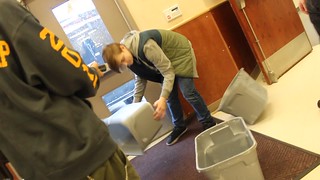 For the foley process My group and I used plastic tubs on carpet to imitate the suitcases falling in the train. 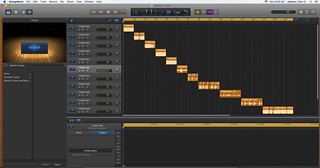 What I Learned and Problems I Solved

I learned how to use the recorder, put a movie into Garage Band and add audio at the right parts. Created sounds from my own ideas (Ie: throwing tubs for suitcases) I had trouble trying to upload it to youtube without making the sound warped. I asked my peers and Mr leduc then finally uploaded it also to Soundcloud so the audio has good quality. Lastly, I learned what I can use to create sounds for an earthquake.