During this project, group and I all took turns on the producer, recorder, and file manager roles.  I found multiple different microphones, with different colors, and effects to the human voice. I had to go into my schools sound room and audition my voice with about 8 microphones, then I took those recordings and put them in Garageband. Cleaned them up and spaced them out. After I finished I looked up the Rode Procaster the microphone that best colored my voice and researched it. Uploaded everything to either Soundcloud or Flickr and embedded it into my blog. 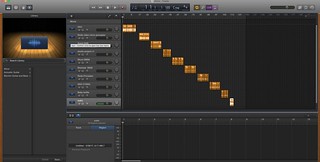 I learned that there are many different types of microphones, condensers, dynamic microphones, and even cardioids. Each microphone adds its own variety of color to a voice. Some are used for miking instruments, some are for podcasts, and some are for vocals. Either if they are expensive or inexpensive they all have their own touch. I had a difficult time trying to add a track to my garageband, I asked my fellow peers and got help right away